iPhone 14 rumours: What we know so far

Apple will release another iPhone in 2022, that's for sure. But what technical innovations can we expect from it? And how expensive will the iPhone 14 be? In this article we reveal the latest rumours.

󠄫● There will be no more iPhone mini

● There will be two Pro models and two Non-Pro models

● The non-pro models will get the older A15 processors

When will the iPhone 14 be released?

In the past, Apple held its iPhone event in September and presented the latest iPhones there. We expect Apple to hold a keynote in September again this year. A release date at the end of September is possible, but a delay is quite conceivable due to worldwide supply problems. The iPhone 12 generation only launched in October 2020, so it wouldn't be the first time.

Which iPhone 14 models will be presented?

Various Apple analysts predict that Apple will part with its mini-iPhones this year. They sold too poorly. Instead, we expect Apple to introduce a Max model, which is the same size as the Pro Max with a 6.7-inch screen diagonal, but with performance more in line with the normal iPhone 14. The Pro and Pro Max models will continue to exist.

In contrast to the iPhone 14 and iPhone 14 Max models, they will be equipped with the latest A16 processor generation, while the "normal" models will run with the A15 chip, according to Ming-Chi Kuo. This is currently installed in the iPhone 13 models.

Will the design of the iPhone 14 change?

Apple insiders are sure that little will change in the basic design. This means that the iPhone 14 will also have an angular housing, similar to the iPhone 12 and iPhone 13. However, it is likely that the cameras will not protrude from the case for the first time since the iPhone 5s. Apple is said to be planning an even thicker iPhone, and thus to be able to accommodate all the cameras in the normal housing. 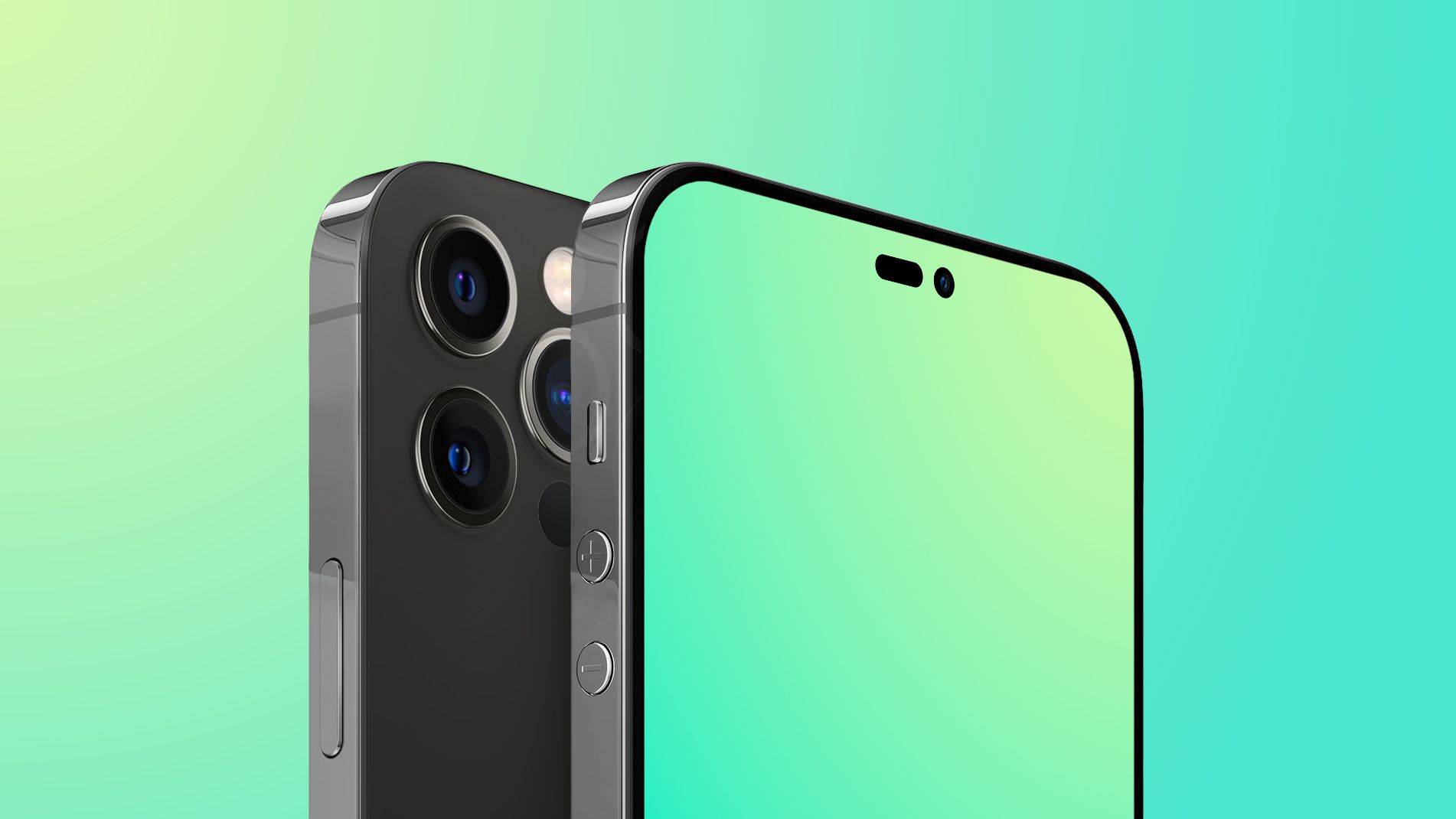 What will the display of the iPhone 14 look like?

After Apple has already given the iPhone 13 Pro models a 120 Hz display, Apple is focusing primarily on the notch. Although Apple has managed to reduce the size of the notch in the iPhone 13 models, it still takes up too much space compared to the Android competition. Apple analyst Ming-Chi Kuo said back in February 2021 that the iPhone 14 models will no longer have a notch, but only a small front camera that will be integrated into the display. Other leakers and analysts also expect an oval, pill-like front camera.

Will there be Touch ID on the iPhone 14?

For years, Apple insiders have been raising hopes for a return of Touch ID, i.e. fingerprint identification. Unlike in earlier iPhone models, however, this technology is to be built into the display itself. According to Ming-Chi Kuo, however, the technology will not reach the necessary market maturity until 2025 at the earliest.

What new software features will the iPhone 14 have?

At WWDC 2022 at the beginning of June, Apple presented the latest iOS features. iOS 16 will offer the possibility to customise the lockscreen according to your preferences and will bring updates for the focus function, messages and maps app. Read about the other features Apple announced in our WWDC22 text.

What will the camera look like on the iPhone 14?

We don't expect too many changes in the cameras. The iPhone 14 Pro models will be equipped with an ultra-wide-angle, wide-angle and telephoto camera as before. Additional camera modules such as a Periscope camera are considered unlikely.

Instead, Apple will incrementally improve its camera hardware and photography capabilities, as it has done in previous years: a better telephoto camera is expected to be installed this year, and we also expect further improvements in low-light shooting. Kuo also expects 48-megapixel cameras to be installed in these iPhone 14s for the first time.

How much will the iPhone 14 cost?

All the upgrades and improvements will of course come at a price: Because of the worldwide supply difficulties and the situation in the world, we expect the price to rise compared to the iPhone 13 models. These currently cost between CHF 879 and CHF 1243. We expect a price increase of at least 100.- Swiss francs.

Conclusion: Do you already know what you want to do with your current smartphone?

iPhone 14 in, old smartphone out? Check out the alao marketplace and sell your used smartphone easily with us! You pay no fees and even get a CHF 100 cashback voucher for your first sale, which you can redeem for your next mobile phone subscription on alao.