For many Apple fans, it is probably the most anticipated event of the year: the developer conference WWDC. Yesterday, Monday, was the day: Apple presented the latest updates for iPhones, iPads and Macs.

watchOS 9
These Apple Watches will get watchOS 9

iPadOS 16
These iPads will get iPadOS 16

Apple WWDC: Not only interesting for developers

The much-anticipated keynote, which takes place every year on the first Monday in June, is only a small part of the developer conference. Throughout the week, Apple hosts sessions (where developers are helped to develop their apps), face-to-face meetings with Apple employees and networking events in its Apple Park. The Apple Design Awards will also be presented at WWDC. As in previous years, the keynote was broadcast live.

These are the updates

iOS 16: The lock screen gets an upgrade 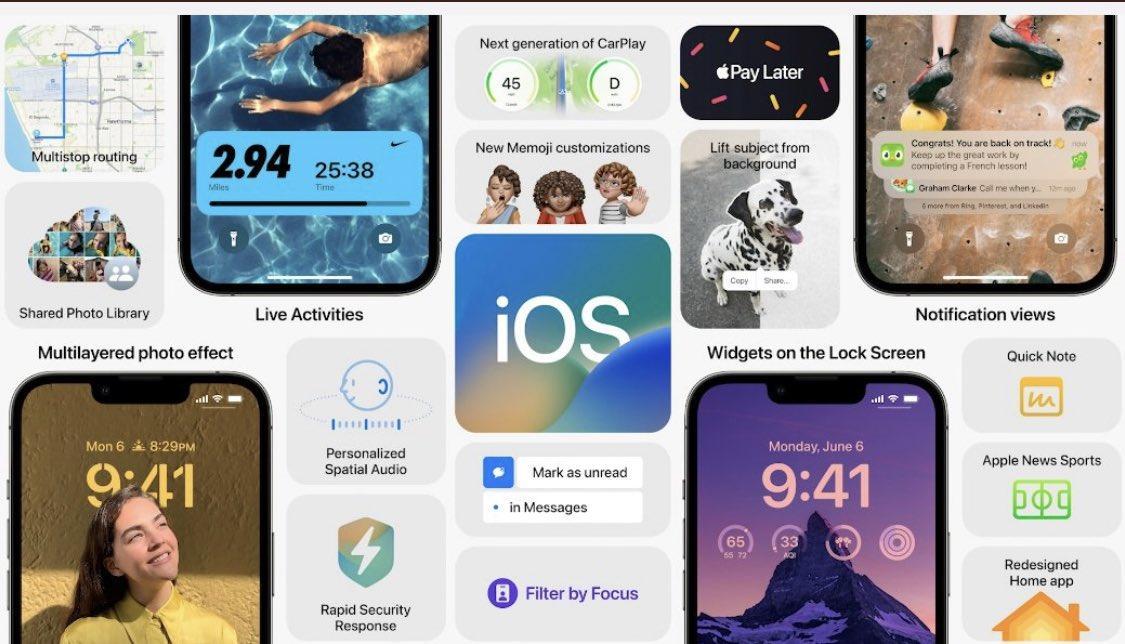 The lockscreen has always had a shadowy existence. While Android users could extensively personalise their lockscreen, iOS users could only launch the camera and the torch from there. With iOS 16, Apple is finally giving us personalisation features for the lockscreen. Not only can the colour and font be changed, there is also support for widgets on the lockscreen. Even the current weather can be displayed as a lockscreen wallpaper. Notifications no longer block the image, but are only displayed at the bottom of the screen. The new lockscreen also works with the focus feature that Apple introduced with iOS 15 last year. This allows different lockscreens to be displayed depending on the focus set (e.g. work or leisure). Safari, emails and calendar can now also be customised with the focuses. 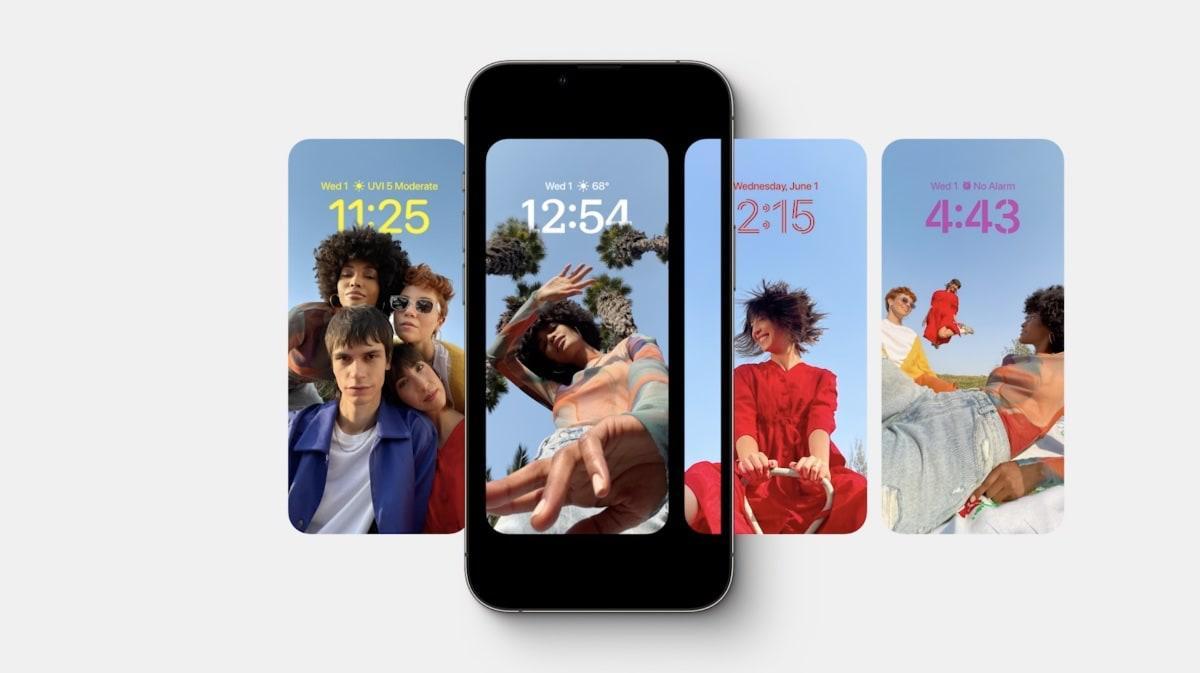 Messages also gets new features, such as an undo and edit function with which you can change failed messages or call them back. The dictation function can now be used by voice and keyboard. Previously, this was only possible by voice. Movies and series from streaming services that support SharePlay can now be started directly in the Messages app and watched together with friends and family. 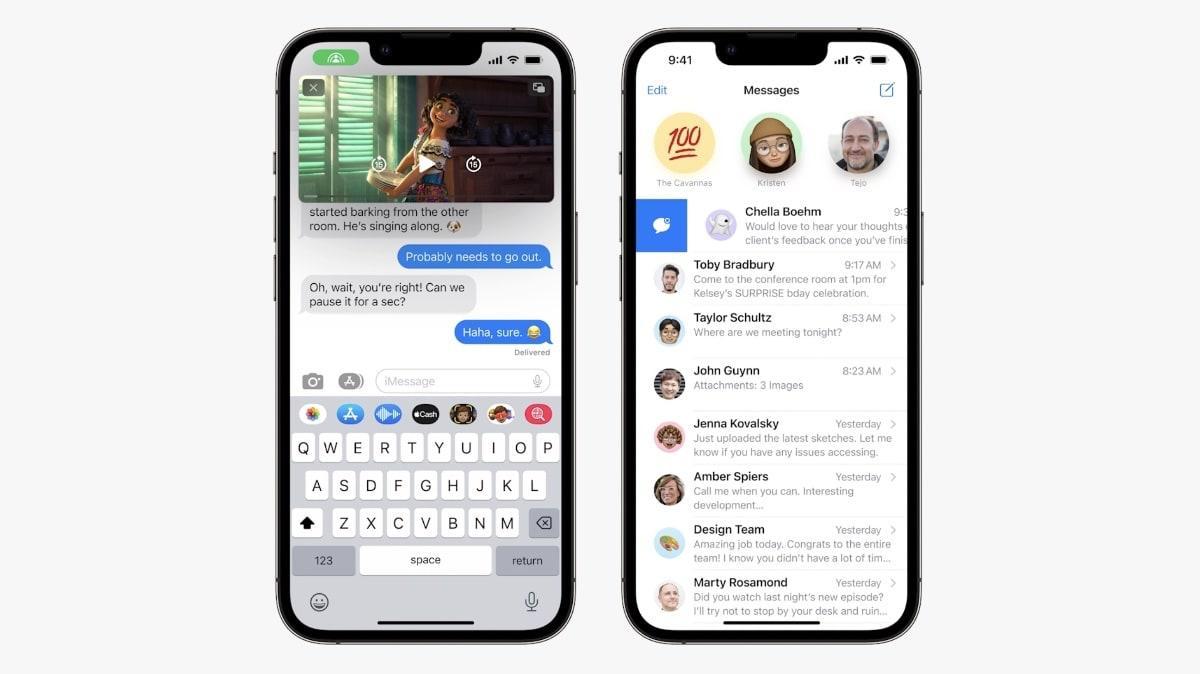 Families should be pleased with the new parental features: setting up an old iPad for children has become much easier. And if the children need more screen time, this can be easily confirmed in the Messages app. 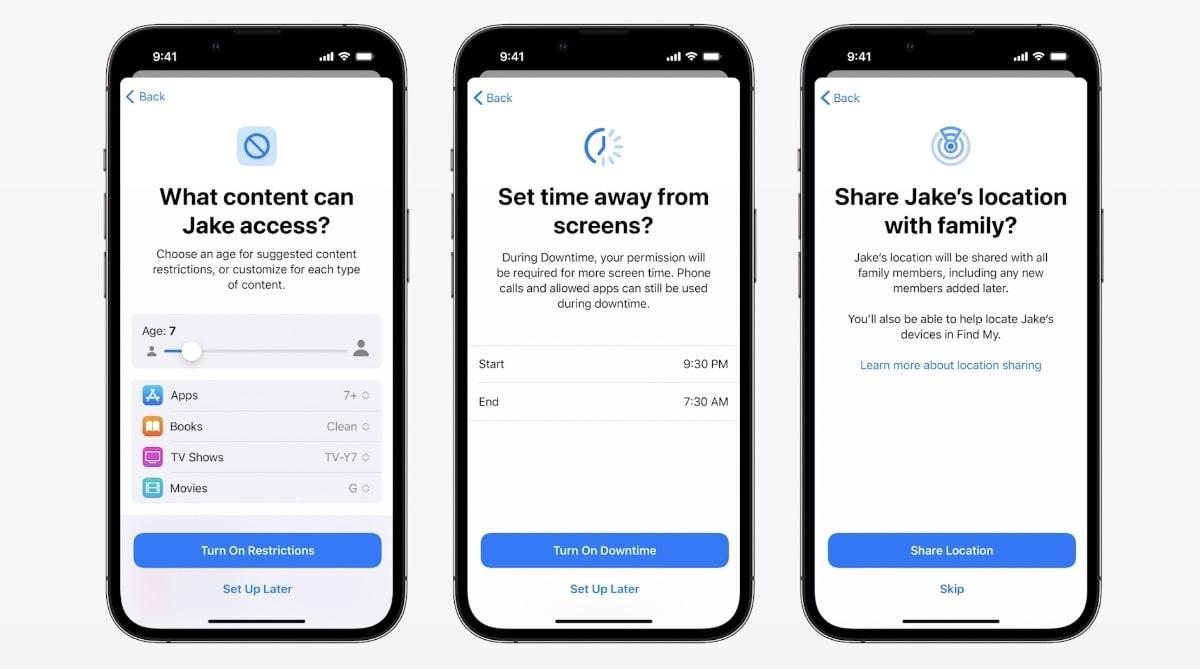 We Swiss can be happy that the new map design is now also being rolled out in Switzerland. With iOS 16, great, colourful 3D landmarks such as the famous Las Vegas sign are now added. Anyone planning a route can now add stopovers to it and automatically transfer it from the Mac to the iPhone.

Apple Pay is also getting new features: Firstly, there is order tracking. 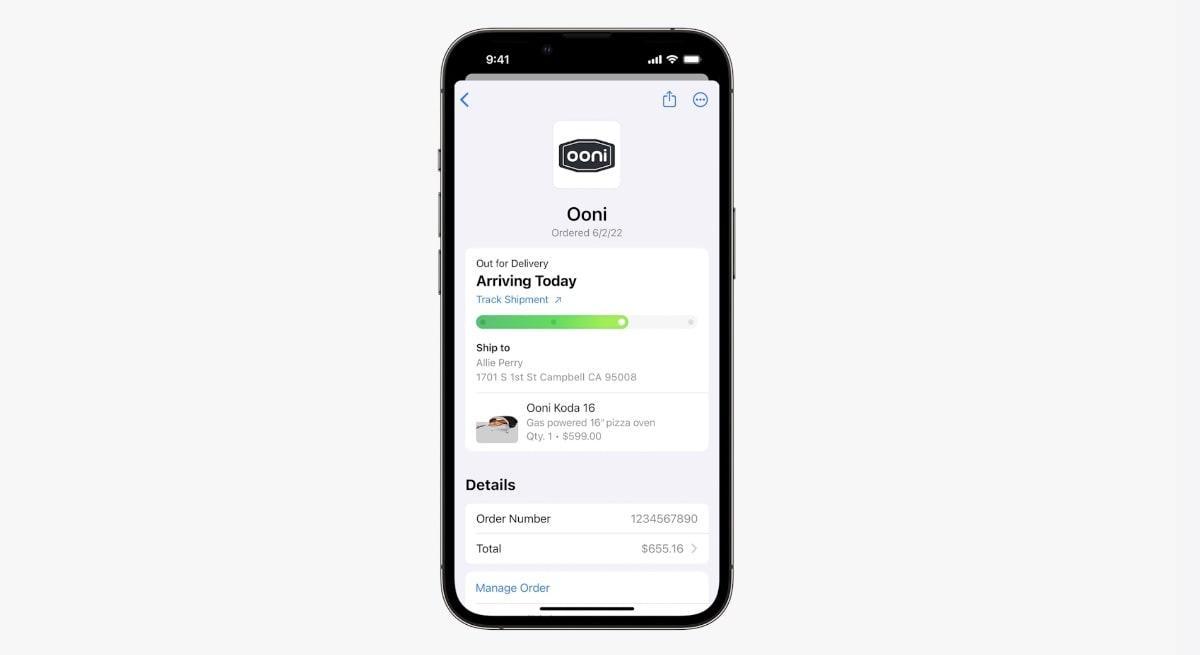 Those who pay with Apple Pay on a supported system such as Shopify can now conveniently track their order in the Wallet app. Apple has also announced a service similar to Klarna, although this will probably not be available in Switzerland at first. Instead, it is now possible to pay directly iPhone-to-iPhone - making a card terminal virtually obsolete. 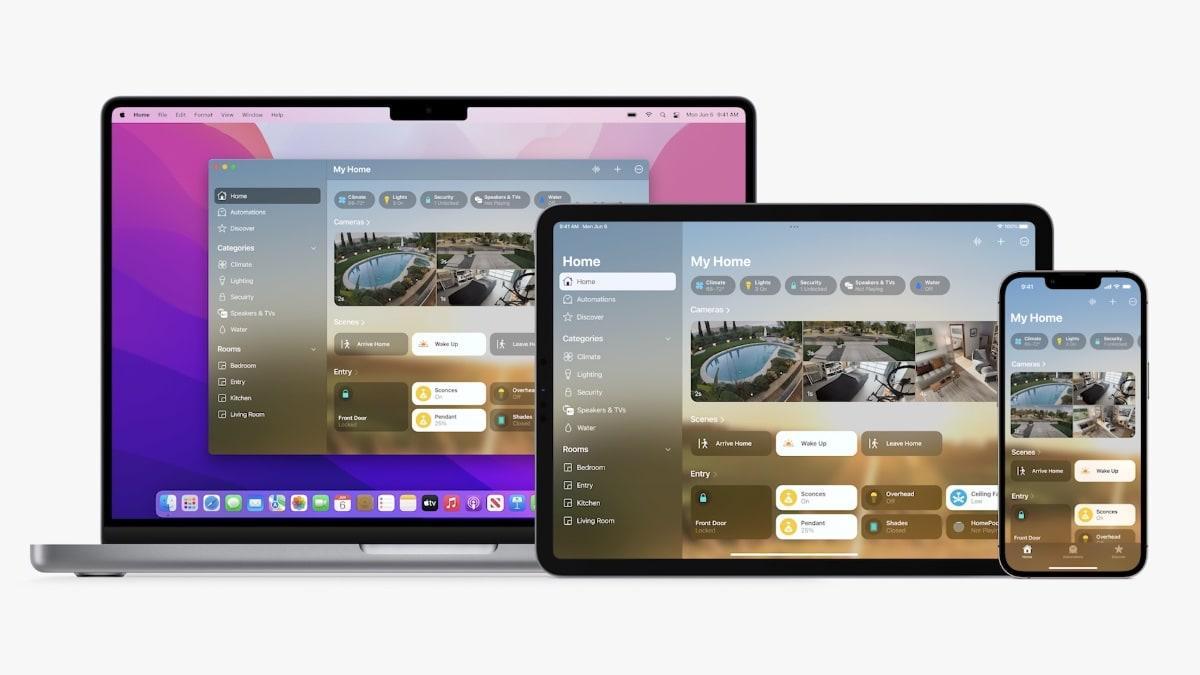 Last but not least, a redesigned Home app and a CarPlay update were presented. Apple is committed to the new Matter standard, which should make the management of the Smart Home easier and more cross-platform. The Home redesign especially helps people with many Smart Home accessories.

The latest version of CarPlay makes better use of the large displays in cars. In future, it will also be able to display speed, route, fuel level and range. However, it will be a long time before the new CarPlay is installed in cars: the first cars are not expected to be on the market until the end of next year.

Which iPhones will get iOS 16? 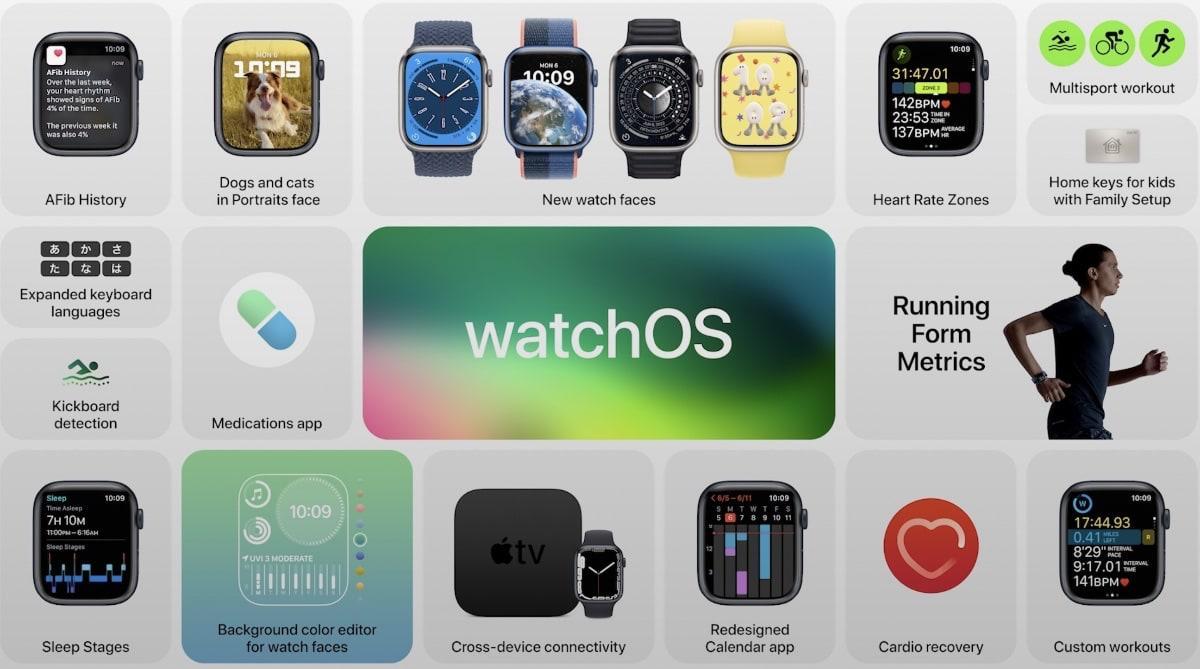 The Apple Watch is by far the most successful smartwatch on the market. Small in form factor, but powerful in its range of functions. But even without the Apple Watch, iPhone users can now enjoy the fitness functions. Set your calorie, standing and training goals in the iPhone's fitness app. Four new watchfaces can be tried out with watchOS 9.

If you run a lot, you'll be happy to hear about new metrics. The Apple Watch now also records metrics such as stride length or degree of movement and can thus help you optimise your run. Workouts can now be personalised by duration or length. Workouts you've done can be saved and used as motivation for your next workout. Will you beat your previous workout? 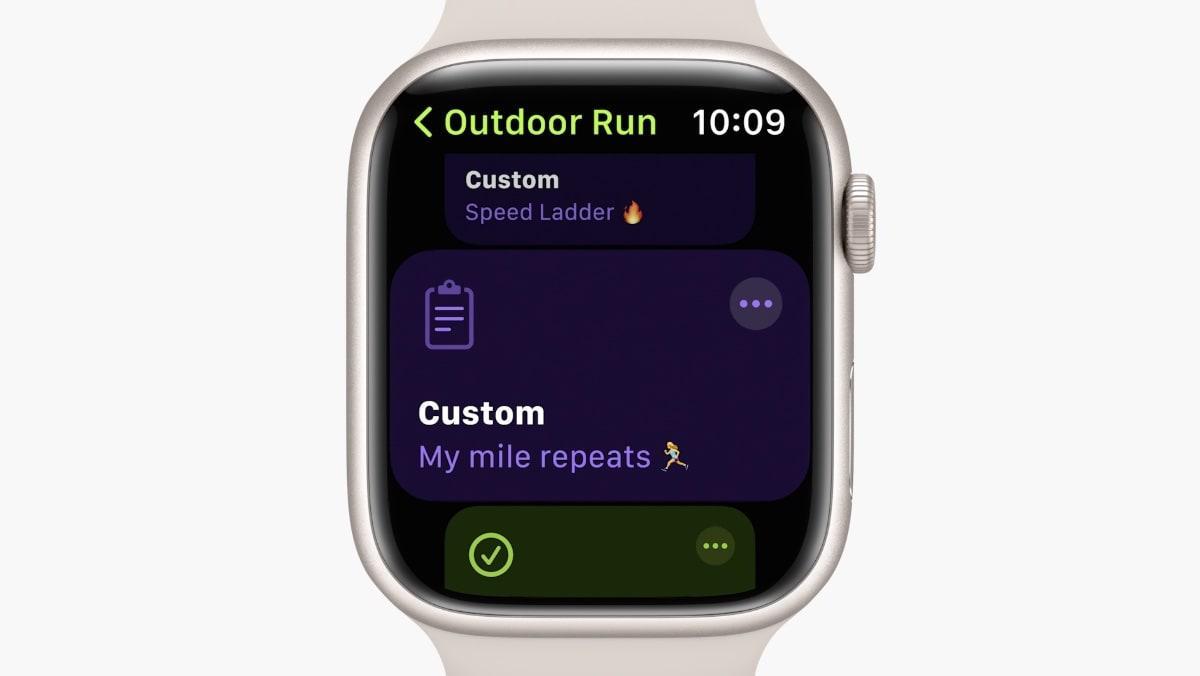 New health features have also been worked on: The Apple Watch can already detect atrial fibrillation. In future, however, the occurrence will be saved in the Health app. This will give you an overview of how often you experience atrial fibrillation and you can discuss this with your doctor. 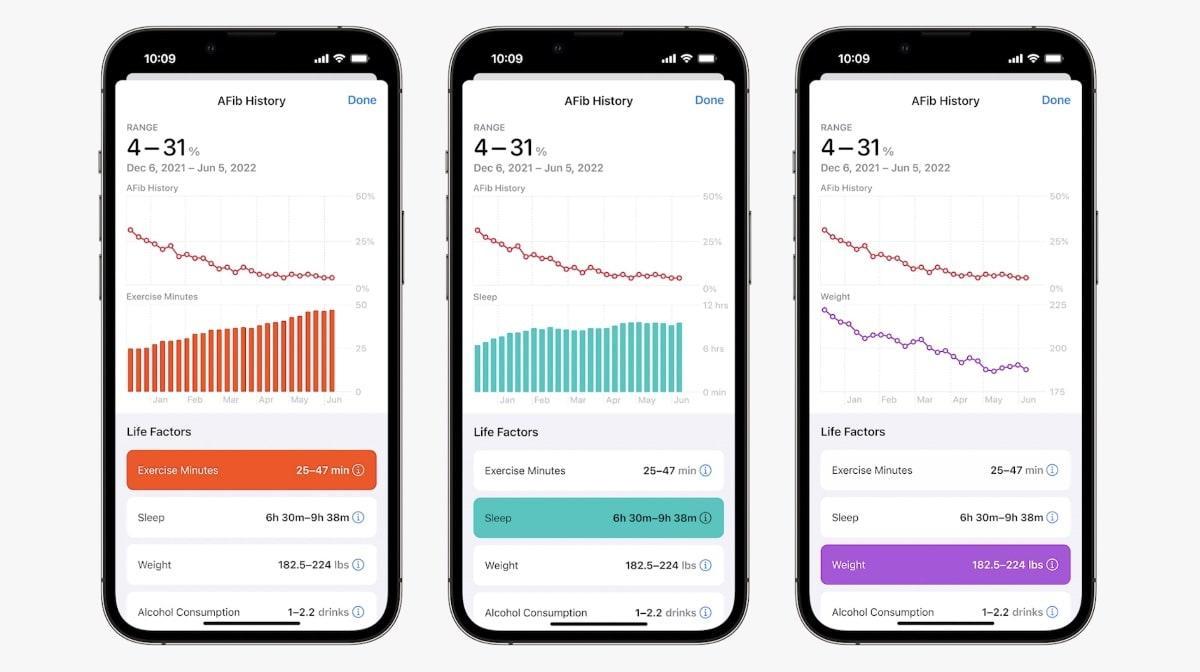 The revised sleep data is also stored there. The Apple Watch can now record your sleep cycles and show how long each sleep phase was. This was a feature that sleep tracking apps in particular had and will now be a normal part of WatchOS and iOS. 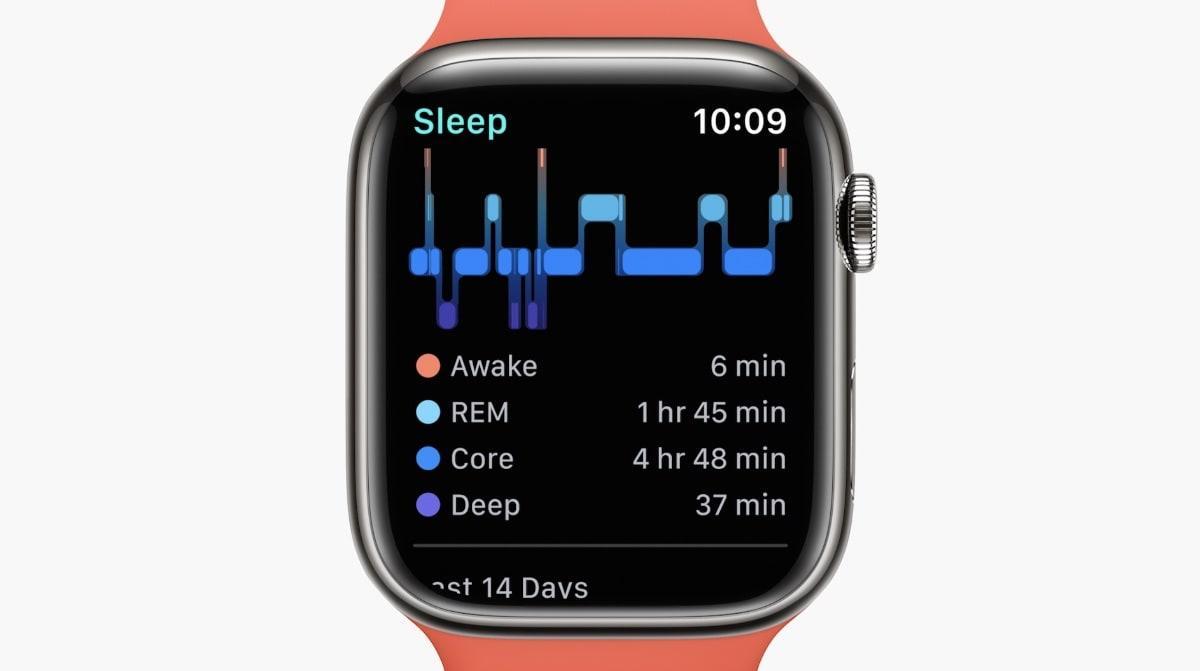 If you have to take medication, the new Medications feature comes in handy. Get reminders when you need to take your medicines and find out about dangerous side effects and interactions with other medicines.

Which Apple Watches will get watchOS 9?

macOS 13: The most important things at a glance with Stage Manager 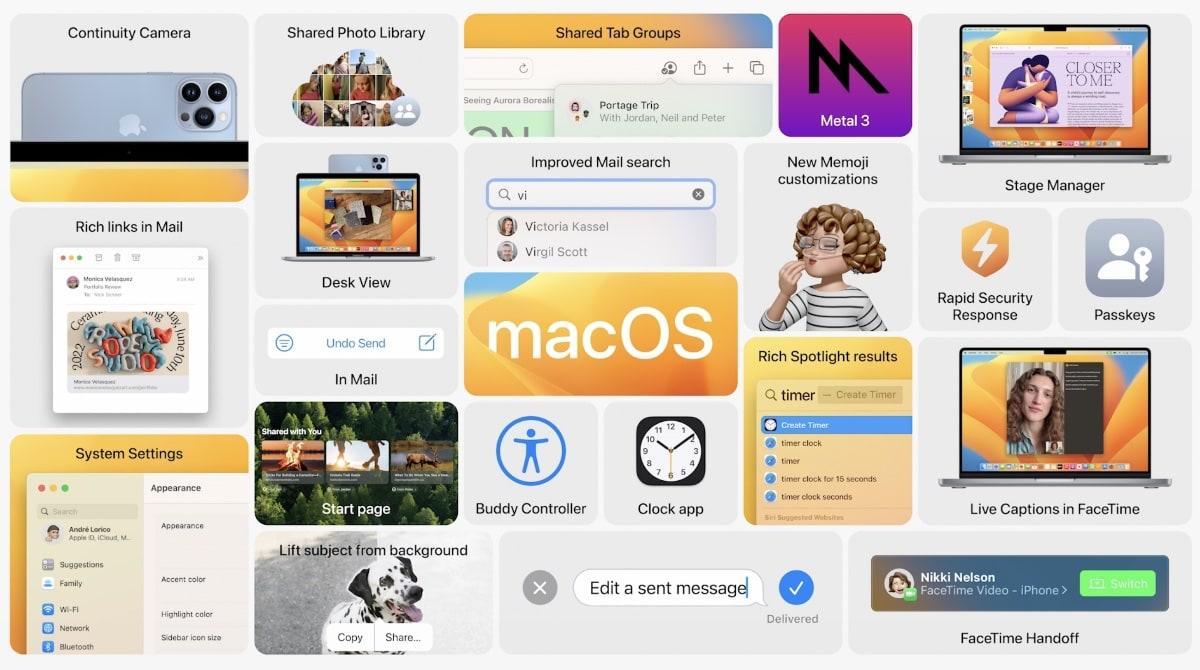 The new macOS version is called Ventura and brings rather few new functions compared to the iPhone. One new function is Stage Manager. Unlike the previous Mission Control, it now arranges the active apps in one column instead of criss-crossing the screen.

Spotlight also gets a facelift and can now search texts in photos, start timers and more.

The Mail app is now on a par with comparable competitor apps and has been given comfort functions such as retrieving emails, scheduled sending and reminders. The search function has been significantly upgraded and can now also display the last documents sent and forgives spelling mistakes. Useful features, no doubt, but we think there's more to it than that. 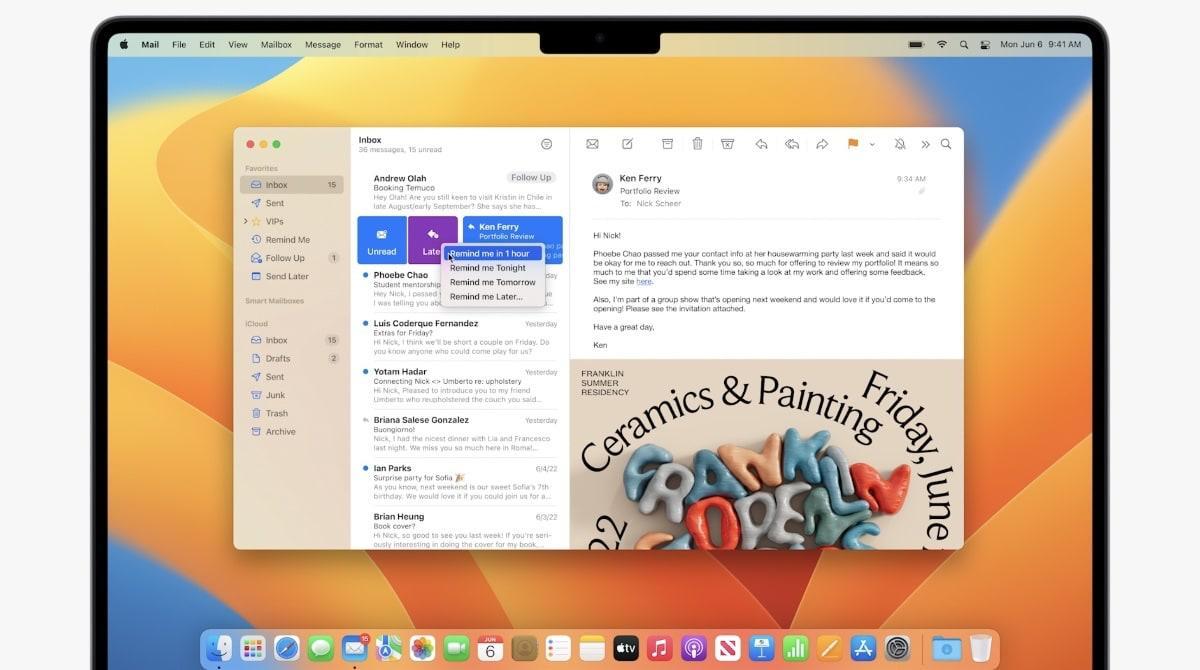 Passwords will soon be a thing of the past

The new Passkeys function, on the other hand, should be exciting. Apple is working with Google and Microsoft to replace conventional passwords with bio-authentication. Instead of using a password, in future you will log into your websites with your face (via FaceID) or fingerprint (via TouchID). While passwords can be intercepted or leaked through phishing, your face and fingerprint are yours alone. And unlike passwords, authentication takes place exclusively on your device and not on insecure, hackable servers. 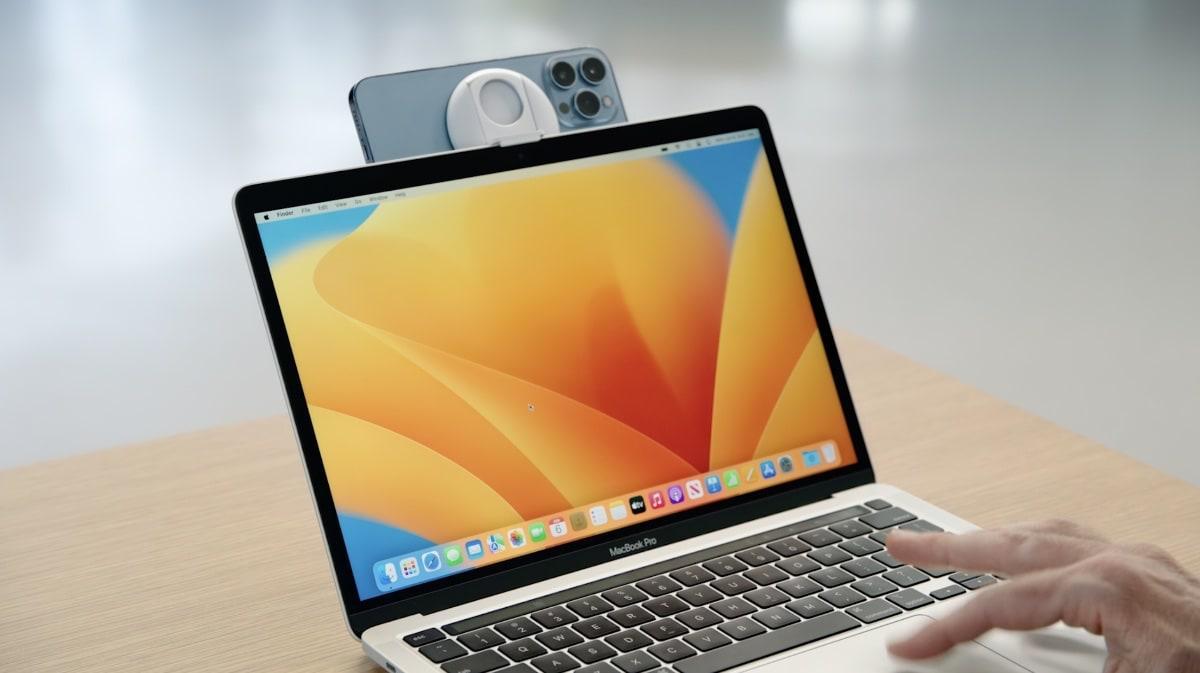 Continuity Camera: Use your iPhone as a webcam

One of the last features to be introduced was Continuity Camera. Here you can use your iPhone as a webcam, suitable attachments for the MacBook are to follow in the next few months. If you own a Pro model with an ultra-wide angle, you can even use it to film your desk - just as if there were a camera above your desk! 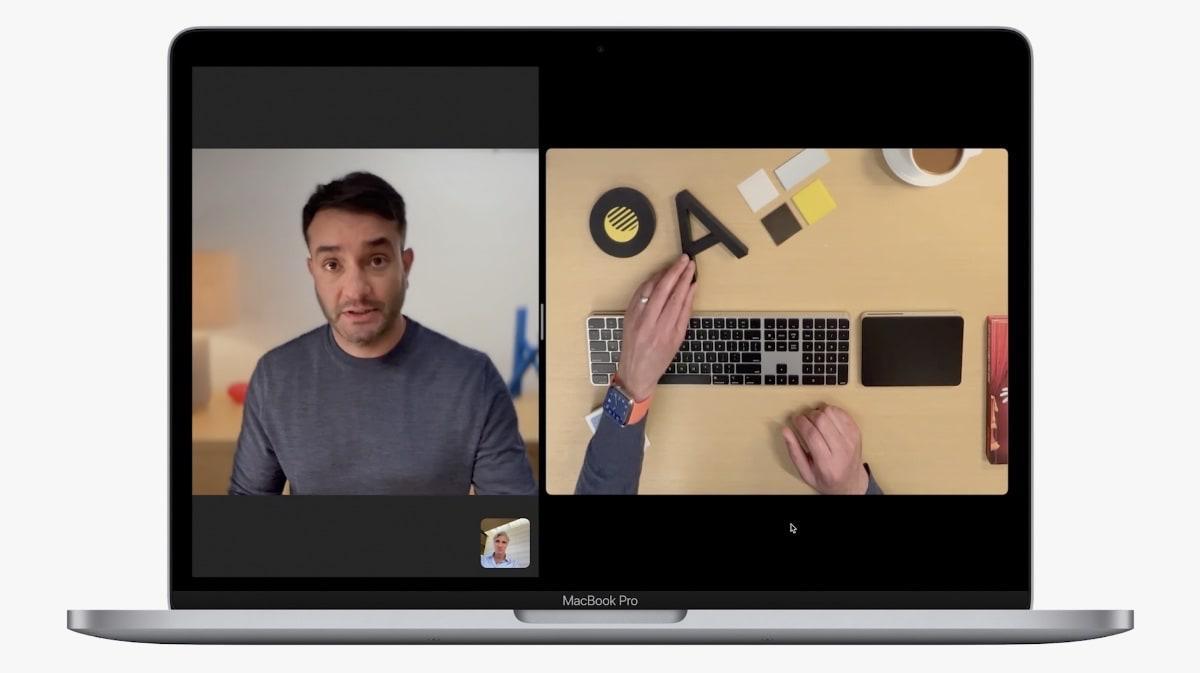 The settings have also been given a facelift: they are now based on the settings app from the iPhone and iPad. This makes it clearer and more practical.

Which Macs will get macOS 13? 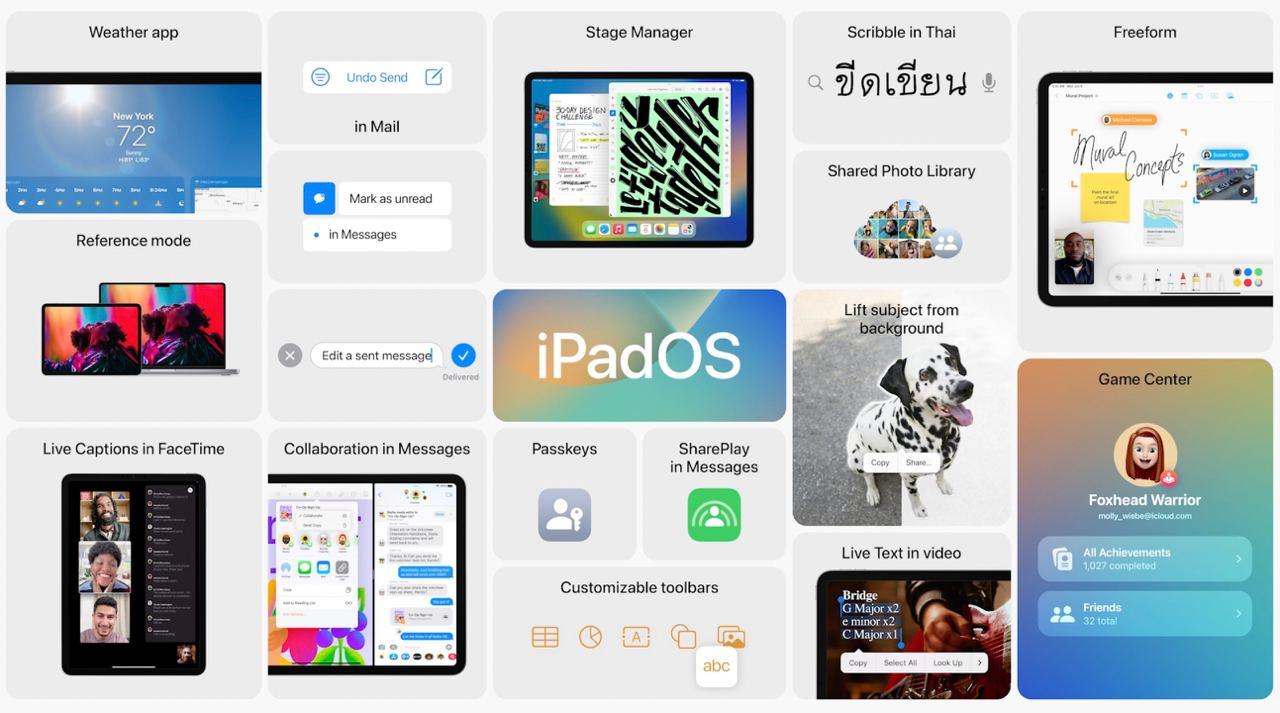 A few years ago, Apple realised that iPad users wanted more from the tablet. For a long time it was oriented towards the iPhone, but it was not until 2019 that Apple dared to take the step and decouple the iPad operating system from the iPhone operating system. Since then, the tech company has made the tablet more and more independent, even if many features naturally find their way onto the iPhone at the same time.

This year, for the first time, Apple developers are bringing real features to the iPad that have been standard on desktop computers for years, if not decades. These include things like "search and replace" in text documents and notes, undo buttons or the simple renaming of files and photos. Stage Manager will also be coming to the iPad, as will manual resizing of app windows, a feature that many iPad users have long wished for. Gone are the days when apps could only be managed in predefined sizes. 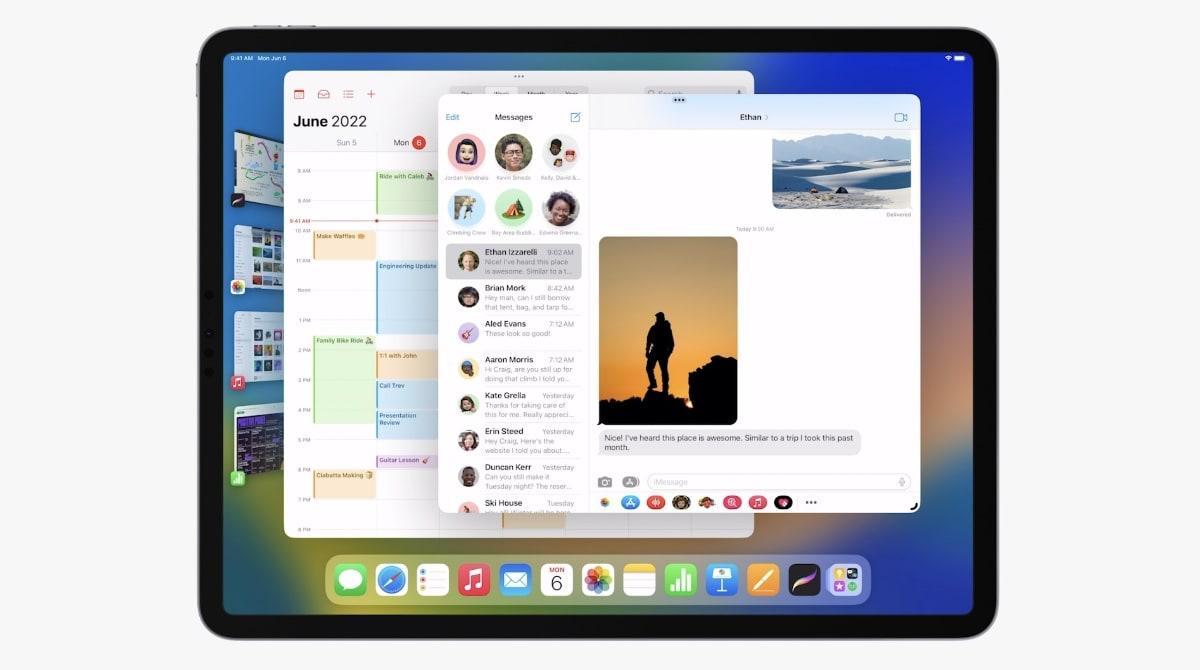 Together with iPadOS, Apple has introduced a new app called Freeform, which will also be available on other Apple devices. Freeform is a kind of whiteboard in which all invited participants can work simultaneously. Conversations and messages can be exchanged and started directly in the app. The app is perfect for brainstorm sessions: everyone can see what the others are doing and interact with their notes, read, edit and comment on them. 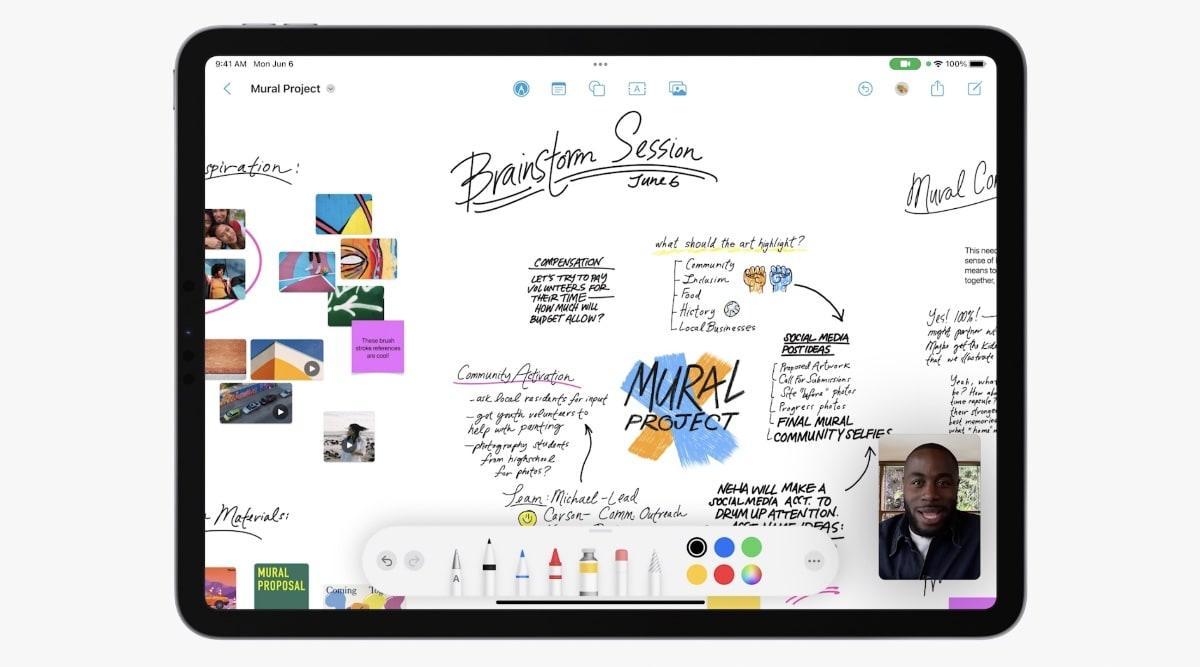 Many of the changes such as the improved Home app, the improvements in the Mail app, Passkeys and more will also be available on the iPad. In addition, the weather app is finally making its leap to the iPad.

Which iPads will get iPadOS 16?

Will there be a public beta again?

As in previous years, there will again be a public beta. From next month, anyone who wants to can install the new operating systems on their Apple devices. A beta for developers is available on the Apple site.

When do the updates appear?

iOS 16, iPadOS 16 and watchOS 9 are scheduled to be released in autumn, just like the versions before. In the past, the updates were released in the week before the launch of the new iPhone generation in September. You can find out what the new iPhone will look like and what it can do in our iPhone 14 text.

For macOS Ventura, we expect a release in October or November.